If you never tried dating Motherwell men in the internet, you should make an attempt. Who knows, the right man could be waiting for you right now on LuvFree.com. Join Motherwell best 100% free dating site and start meeting Motherwell single men right now. Our personals offers useful dating tools like chat rooms and free message exchanging to get to know Motherwell men better.
Join Now

Quick Advice
Can I see if a sent message has been read by the recipient?

While logged into your LuvFree account and in your inbox or group conversations (More info in section 8.1), you can see an envelope icon next to every message. If the envelope is closed, the message has not been read. If the envelope is open, this means the recipient has read your message. 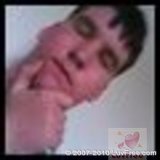 hi there my name is paul im 20 years old and im from newarthill, motherwell in scotland. I live with my mum and dad. I have just came out of a relationship and would like to meet someone new.
Quick Search
search options
New Photos
more
More Singles
Ayr
Ballymena
Bangor
Belfast
Carlisle
Dumfries
Dundee
Edinburgh
Falkirk
Gateshead
Glasgow
Greenock
Hawick
Irvine
Kilmarnock
Kirkcaldy
Newcastle upon tyne
Paisley
Perth
Stirling