If you never tried dating Cissna Park men in the internet, you should make an attempt. Who knows, the right man could be waiting for you right now on LuvFree.com. Join Cissna Park best 100% free dating site and start meeting Cissna Park single men right now. Our personals offers useful dating tools like chat rooms and free message exchanging to get to know Cissna Park men better.
Join Now

Quick Advice
What is a primary image?

Your primary image is the first photo in your gallery. It is the photo that will be displayed automatically when someone views your profile, when your profile appears in search results or when you appear in the list of members that are currently logged in to LuvFree. Please refer to section 4.3 above for a complete list of guidelines for photos.

Hello, I'm a shy guy with a good heart that is looking for a woman with a good heart as well, I don't cheat and anyone I date I would expect not to cheat either, I have no kids and never been married but looking to settle down and start a family at some point I hope. 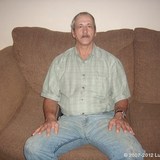 LOOKING FOR THE RIGHT WOMAN