If you never tried dating Goldsboro men in the internet, you should make an attempt. Who knows, the right man could be waiting for you right now on LuvFree.com. Join Goldsboro best 100% free dating site and start meeting Goldsboro single men right now. Our personals offers useful dating tools like chat rooms and free message exchanging to get to know Goldsboro men better.
Join Now

Quick Advice
Someone is asking for money. What should I do?

Never send money to people you don't know! If someone asks for money or offers to receive money, it's a scam! Report the scammer by clicking the "Report user" link on their profile page. 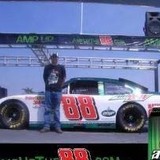 i am 24 and i just moved to the eastern shore in feb after my ex and i got a divorce....i am shy at forst but open up once u get to know me...if you want to know more just ask
Quick Search
search options
New Photos
more
More Singles
Bridgeville
Camden
Centreville
Chestertown
Clayton
Denton
Dover
Federalsburg
Felton
Frederica
Galena
Greensboro
Harrington
Hartly
Henderson
Magnolia
Marydel
Milford
Queenstown
Smyrna