Quick Advice
How do I disable other users from leaving comments on my profile?

Log in to your LuvFree account and click the "My Profile" tab in the navigation panel at the top of the page and find the "More Options" section. The second slider in this section allows you to toggle this feature on or off. If you don't want other LuvFree members leaving comments on your profile, simply toggle the switch off. If you wish to enable this feature, you can toggle the switch on at any time. 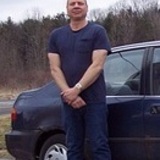 Hi, I 'm looking for that beautiful woman that is real! Honest,person, I like many things, movies,good food! parks, walk's, calisthenics, we will have to talk about it!so let's do that! thank's Scott.