If you never tried dating Von Ormy men in the internet, you should make an attempt. Who knows, the right man could be waiting for you right now on LuvFree.com. Join Von Ormy best 100% free dating site and start meeting Von Ormy single men right now. Our personals offers useful dating tools like chat rooms and free message exchanging to get to know Von Ormy men better.
Join Now

Quick Advice
I cannot send any messages! Why not?

The only reason for this would be that your account status is not "Active", so check on your "My Panel" page while logged in to your LuvFree account and check the upper-right corner section "Manage profile" to view your Profile status. If your profile is in "Approval" status, you will not be able to send messages until the LuvFree administration team approves and activates your account which takes between 2-12 hours. If your status is "Suspended", you can simply reactivate your profile yourself by clicking the "Activate profile" button. If your status is "Unconfirmed" you need to confirm your email address as soon as possible. For more information on profile statuses, take a look at section 2.10. 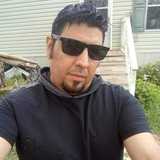 Looking for nothing serious just fun

I'm an easy going guy that likes to have fun. I like sexy curvy women that know how to handle themselves. If your just looking for a good time and stress relief contact me

hi im just looking for fun for now. and then we can see how it goes. i just got out of a long relationship and i dont want too fell like she mads me. i am fun loving and love taking care of my women
Quick Search
search options
New Photos
more
More Singles
Castle Hills
Castroville
Charlotte
Converse
Devine
Elmendorf
Helotes
Hondo
Jourdanton
Kirby
LaCoste
Live Oak
Lytle
Natalia
Pleasanton
Poteet
San Antonio
Schertz
Universal City
Windcrest