If you never tried dating Bologna men in the internet, you should make an attempt. Who knows, the right man could be waiting for you right now on LuvFree.com. Join Bologna best 100% free dating site and start meeting Bologna single men right now. Our personals offers useful dating tools like chat rooms and free message exchanging to get to know Bologna men better.
Join Now

Quick Advice
How do I report scammers and spammers on this site?

Either click the "Contacts" link in the navigation menu on the bottom of the page or go to the user profile and click the "Report user" link under the "Send Friend Request" button. (More info about reporting users in section 8.14)

i'm the different guy I love art in all of its form paintings, music, books, films, photography ecc.. and i'm a wanderlust i know, everything i wrote is pretty generic, soo let's talk, there's so much to discover :)

Italian, 35 yo, 188cmx82kgs, brown hair intensive green eyes, I love the sport, I'm a designer & creative, art & music connoiseur of Italian painter of the XVI century, I love Italy and life in all the form & shape.

looking for friends and maybe more..

looking for friends and maybe more.

hello , am 20 and looking for girl with in 18 to 25 years . am in bologna [ italy ] looking for some one to move with as my partner.i like cooking,dancing,singing,playing games,going out with friends. and also love and like making new friends..am black /african..[ ghana ] 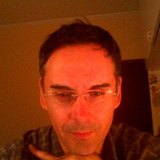 i am looking for my eternal companion!!!

it is unneccesary to speak here about myself,because you can,t know who i am truly....so i tell you only my intention....i am looking for a serios and real companion for all this and eternal life!..who appreciate the value of family.... 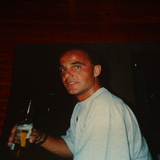 My heart is free, but my soul need love...

I am looking for a woman for love...I'm an honest, serious, funny, passionate and loyal man...I'm 45 years old, but my soul and my heart are still those of a boy...I still have so much joy and energy in dealing with life... I really want to build a family with a nice, intelligent and honest girl..

hi i'm quite and lovely