LuvFree.com is a 100% free online dating and personal ads site. There are a lot of Angola singles searching romance, friendship, fun and more dates. Join our Angola dating site, view free personal ads of single people and talk with them in chat rooms in a real time. Seeking and finding love isn't hard with our Angola personals.
Join Now

Quick Advice
How do I toggle email notifications about new kisses?

While logged in to your LuvFree account, click "My Profile" located in the navigation menu tabs at the top of the page. Once there, click on "E-mail & Notifications" from the list which will show you several options you have for toggling email notifications. The very top option is for email notifications for new kisses which can be toggled on/off at any time by clicking on the toggle switch. After you have made changes, click the "Save" button at the bottom of the page.

divorced, have kids lost my home, car was repoed half my pay is taken away for ex went thru lots of crap don't take any either love rock nroll music is my main stay, relaxing cooking like women in long hair no bbws, clean no diseases or baggage family comes first lots of responsabilities have a j... more 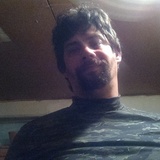 i am just a man that wants a woman that wears pantyhose a lot ! are you out there? if so you can find me. i know you must be out there some were so come find me 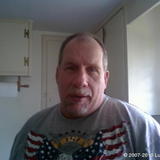