Quick Advice
Is it safe to meet people on LuvFree?

Millions of people are using dating sites to find friends and love. We are trying to make LuvFree a safe place to meet new people. To avoid being scammed, it's a good idea to avoid sharing your contact details with people you just met and never send money to anyone you meet online.

No Drama here and loving life and looking for the same in a woman,I love the great outdoors and having fun,If you enjoy having someone to make you laugh and smile all day then send me a message,Thank you 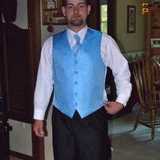 Ready for the real thing